BOSTON, Dec. 18, 2018 /PRNewswire/ — John Hancock, the principal sponsor of the Boston Marathon since 1986, and the Boston Athletic Association today announced an accomplished U.S. Elite Team for the 123rd running of the race on April 15, 2019. The group of 29 athletes will race against a world class international field to challenge for the coveted olive wreath on Patriots’ Day.

“American distance running has never been stronger, and we’re honored to support this talented U.S. Elite Team to showcase their dedication and passion for being the best of class,” said John Hancock Chief Marketing Officer Barbara Goose. “With defending champions Des Linden and Tatyana McFadden leading the way, all runners are sure to persevere in the world’s most historic race. We’ll be cheering for everyone on Patriots’ Day.”

“The 123rd Boston Marathon features an elite American field that mixes both seasoned veterans and those making their Boston debut,” said Tom Grilk, CEO of the B.A.A. “Olympians, podium finishers, and some of the fastest Americans in history will all toe the line in Hopkinton on Patriots’ Day, aiming to reach the famed Boylston Street finish out in front. We are eager to welcome America’s best to Boston in 2019, and especially look forward to the return of our two defending American champions in Desiree Linden and Tatyana McFadden.”

In the women’s open division, reigning Boston Marathon champion Desiree Linden returns to defend her title. With the win, Linden became the first U.S. women’s open champion in 33 years. Joining Linden are Sarah Sellers, second at Boston last year, and Jordan Hasay who was third at Boston in 2017, while setting the fastest American debut of all time.

In the men’s open field, Shadrack Biwott, third this year and fourth in 2017, returns to challenge for the title. He is joined on the John Hancock Elite Athlete Team by a strong group of American male runners, including Jared Ward who finished sixth at the 2016 Olympic Marathon; three-time Olympian Dathan Ritzenhein, who is the third fastest U.S. marathoner of all time; and four-time Olympian Abdi Abdirahman.

The American contingent in the men’s wheelchair division will be very strong, led by U.S. star Daniel Romanchuk, fresh off victories at both the Bank of America Chicago and TCS New York City Marathons. Just 20-years old, Romanchuk has burst onto the scene and looks to improve upon his third-place finish in Boston last year. This fall he became the first American to win the men’s wheelchair division in New York, where he out-sprinted returning Boston champion Marcel Hug.

Abdi Abdirahman, a four-time Olympian, placed sixth at the 2017 Boston Marathon. He is a multiple national champion in the 10,000m, 10K, 10-mile and half marathon.

Shadrack Biwott finished third this year in Boston. Last year, he was second American and fourth overall. Biwott placed fifth at the 2016 TCS New York City Marathon in a personal best time of 2:12:01.

Aaron Braun, 13th at the 2018 Bank of America Chicago Marathon, is a versatile road runner. Braun is a national champion in the 12K and was top American at the 2015 Houston Marathon.

Sarah Crouch has finished top-ten three times at the Bank of America Chicago Marathon, including this year where she was top American and ninth overall. She is a past champion of the Tallahassee Marathon and finished 11th at the 2016 Boston Marathon.

Jeffrey Eggleston has raced on three IAAF World Championships Marathon teams, placing as high as 13th in 2018. He has won the Pittsburgh, Woodlands, Lima and San Diego Marathons and has been runner-up in Brisbane, Pittsburgh and at Twin Cities.

Scott Fauble was the second American and seventh overall at the 2018 TCS New York City Marathon. Fauble placed fourth in the 10,000m at the 2016 Olympic Trials and represented the United States at the 2017 IAAF World Cross Country Championships.

Lindsay Flanagan, the 2015 Pan American silver medalist in the marathon, finished 11th at the 2017 Boston Marathon and set her personal best of 2:29:25 at the Frankfurt Marathon this year.

Sara Hall is the tenth fastest U.S. women’s marathoner of all time having set her 2:26:20 mark at the 2018 Ottawa Marathon. Hall has earned national titles in the marathon, 20K, 10-mile, mile and cross country. She is married to Ryan Hall, who is a John Hancock Elite Athlete Ambassador and holds the American course record of 2:04:58 at the Boston Marathon.

Jordan Hasay set an American debut record of 2:23:00 with her third-place finish in Boston in 2017. She then ran the second fastest marathon of all time by a U.S. woman at the 2018 Bank of America Chicago Marathon, where she placed third in 2:20:57. Hasay is an 18-time All American and a national champion at 15K and 20K.

Elkanah Kibet, a member of the U.S. Army World Class Athlete Program, has had two top-ten finishes at the Bank of America Chicago Marathon. At the 2017 IAAF World Championships Marathon, Kibet finished top American and 16th overall. He was 8th in Boston in 2018.

Desiree Linden, a two-time Olympian, returns to Boston as defending champion. A top-five finisher in eight Abbott World Marathon Majors, additional accomplishments include placing seventh at the 2016 Olympic Games Marathon, tenth at the 2009 IAAF World Championships Marathon, second at the 2012 and 2016 U.S. Olympic Marathon Trials and second in the 10,000m at the 2015 Pan American Games. In addition to her 2018 win in Boston, she placed second in 2011.

Timothy Ritchie, the 2017 U.S. National Marathon champion, ran for the U.S. at the 2016 IAAF World Half Marathon Championships where he placed 23th. Ritchie is the head men’s cross country coach at the University of Massachusetts, Amherst.

Dathan Ritzenhein is the fourth fastest U.S. marathoner of all time with a 2:07:47 personal best. Career highlights for the three-time Olympian include finishing ninth at the 2008 Olympic Marathon, winning the bronze medal at the 2009 IAAF World Half Marathon Championships and finishing 13th at the 2012 Olympic Games 10,000m.

Sarah Sellers ran through freezing rain and torrential wind this year to finish second behind Des Linden. In her 2017 marathon debut, Sellers won the Huntsville Marathon. In New York this year she finished 18th.

Brian Shrader is a versatile runner on the track and roads. He made his half marathon debut in Boston this year at the B.A.A. Half Marathon, running 1:05:26. He also made his marathon debut in 2018, running 2:13:31 at the USA Championships in Sacramento.

Becky Wade, a champion of the California International Marathon, finished 11th at the 2018 Virgin Money London Marathon and tenth at the 2017 Bank of America Chicago Marathon.

Jared Ward placed third at the 2016 U.S. Olympic Marathon Trials and followed with a sixth-place finish at the Olympic Marathon in Rio de Janeiro, less than a minute and a half out of medal contention. In 2017 Ward was tenth at the Boston Marathon and this year, he finished top American and sixth overall at the TCS New York City Marathon.

Joshua George is an 11-time Boston Marathon finisher and 4-time Paralympian. He has recorded wins at both the Bank of America Chicago and Virgin Money London Marathons over the course of his career.

Katrina Gerhard is an Acton, Mass., native and current student-athlete at the University of Illinois. She won the 2018 B.A.A. 10K and placed ninth at the 2017 Boston Marathon.

Amanda McGrory has finished on the Boston Marathon podium four times, including a pair of runner-up finishes in 2007 and 2017. McGrory is a seven-time Paralympic medalist, including three medals at the 2016 Paralympic Games.

Aaron Pike is both a winter and summer Paralympian, having competed in both track and field, biathlon, and cross-country skiing. His career best finish in Boston is seventh (2017).

Arielle Rausin has competed at the Boston Marathon five times, with a career best finish of fifth last year. Rausin graduated from the University of Illinois and owns a business which produces wheelchair racing gloves.

Daniel Romanchuk won both the TCS New York City Marathon and Bank of America Chicago Marathon in 2018. A rising star, he finished third in Boston 2018 and set a pair of World Records on the track in the 800m and 5000m.

Susannah Scaroni was last year’s Boston Marathon runner-up. Scaroni also placed second at the 2018 BMW Berlin Marathon and NYC Half Marathon and won the 2018 Peachtree Road Race. She was a 2016 Paralympian.

Krige Schabort is a six-time Paralympian and two-time Paralympic medalist in the marathon (bronze in 1992, silver in 2000). Schabort has won the TCS New York City Marathon twice.

Brian Siemann is a two-time Paralympian and finished 25th at the 2016 London Paralympic Marathon. His fastest Boston came in 2017, when he finished in 1:26:46.

James Senbeta qualified for three events at the 2016 Paralympic Games – the 800m, 5000m, and Marathon. He is a former course record holder at the Falmouth Road Race.

Michelle Wheeler is the reigning LA Marathon champion, having won the 2018 race in 2:16:36. Also in 2018 she placed tenth at the New York City Marathon and fifth at the Oita International Wheelchair Marathon.

About John Hancock and Manulife

John Hancock is a division of Manulife Financial Corporation, a leading international financial services group that helps people make their decisions easier and lives better. We operate primarily as John Hancock in the United States, and Manulife elsewhere. We provide financial advice, insurance and wealth and asset management solutions for individuals, groups and institutions. Assets under management and administration by Manulife and its subsidiaries were over CAD$1.1 trillion (US$863 billion) as of September 30, 2018. Manulife Financial Corporation trades as MFC on the TSX, NYSE, and PSE, and under 945 on the SEHK. Manulife can be found at manulife.com.

One of the largest life insurers in the United States, John Hancock supports approximately 10 million Americans with a broad range of financial products, including life insurance, annuities, investments, 401(k) plans, and college savings plans. Additional information about John Hancock may be found at johnhancock.com. 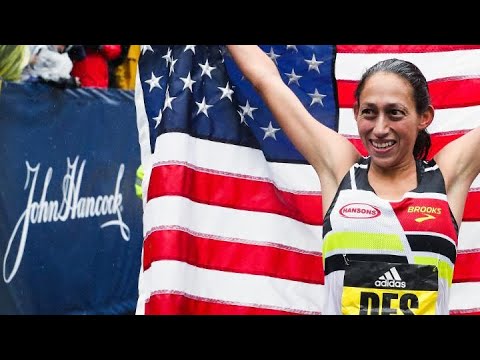