BOSTON, Aug. 29, 2019 /PRNewswire/ — Three sculptures have been installed on Harvard Business School’s campus in Boston as part of its ongoing contemporary sculpture exhibition, which began in April 2016. Sculptures by artists Lynda Benglis and Bharti Kher are on loan to Harvard Business School through next spring. They join sculptures by Mary Frank, John Safer, and Joel Shapiro from the School’s permanent collection.

This exhibition is made possible by the generosity of the artists and galleries, including Cheim & Read, Hauser & Wirth, and by the C. Ludens Ringnes Sculpture Collection, which supports Harvard Business School’s contemporary outdoor sculpture exhibition.

The school also announced the launch of a new website for Contemporary Art at HBS, which includes a downloadable and printable map featuring sculptures currently on display outdoors across the HBS campus.

Lynda Benglis’s sculptures Migrating Pedmarks and Cloak-Wave Pedmarks were installed on Schwartz Common as part of the exhibition supported by the C. Ludens Ringnes Sculpture Collection in spring of 2019. They were previously on view at LongHouse Reserve in New York. Prior to that, they were at Storm King Art Center, as part of the 2015 exhibition Water Sources. Benglis grew up surrounded by lakes, rivers, and marshes in Lake Charles, Louisiana, and has long felt a deep connection to water. These works explore patterns of flow and movement, and function not unlike fountains. The sculptures were initially formed in wet clay that Benglis shaped into rectangular, square, and triangular sheets. She then affixed them to a structure constructed of wire and plaster with hemp, resulting in a clay “skin” into which she pressed imprints of her fingers. Benglis refers to the works as “pedmarks,” rather than using the words “handprints” or “footprints,” to draw attention to the commonalities between humans and other animals. As she has stated: “I call them pedmarks, as if it might appear that they had been made ages ago by some kind of prehistoric monster . . . it is a record of an event that happened in time.”

Benglis works in many media, including wax, bronze, and clay, and first achieved recognition in the late 1960s with her poured latex and foam works. She resides in New York, Santa Fe and Ahmedabad, India, and has received a Guggenheim Fellowship and two National Endowment for the Arts grants. Her work can be found in many private and public collections, including the Guggenheim Museum; Los Angeles County Museum of Art; Museum of Modern Art, New York; The National Gallery of Victoria, Melbourne, Australia; San Francisco Museum of Modern Art; Tate Modern, London; and the Whitney Museum of American Art.
Born in London, Bharti Kher lives and works in New Delhi, India. Kher works in a variety of media, creating paintings, sculptures, ready-made objects, and installations, and has been inspired by a range of artists, from Meret Oppenheim to Louise Bourgeois. Her surrealistic works explore such themes as identity and gender, and her hybrid sculptures are often composed of half-female forms. As Kanu Agrawal has written, in Kher’s works the “distinctions between humans and nature, ecology and politics are blurred,” and “morphing is a survival technique,” and a way “to resist old patriarchal regimes and to invent new hybrid worlds and hybrid creations.” Her sculpture The Intermediary Family is based on a group of small clay objects from South India. For Kher, the objects “represent an entire range and source of life—from animals to gods to the secular.” To make this work, she broke apart the clay figures and then fused them together into fresh configurations, resulting in “new avatars.” These then became the basis for her monumental bronze The Intermediary Family. This sculpture was first exhibited at Frieze Sculpture in 2018, and will be on view at Harvard Business School through March of 2020 as part of the exhibition supported by the C. Ludens Ringnes Sculpture Collection.

ABOUT HARVARD BUSINESS SCHOOL
Founded in 1908 as part of Harvard University, Harvard Business School is located on a 40-acre campus in Boston. Its faculty of more than 200 offers full-time programs leading to the MBA and doctoral degrees, as well as more than 70 open enrollment Executive Education programs and 55 custom programs, and Harvard Business School Online, the School’s digital learning platform. For more than a century, HBS faculty have drawn on their research, their experience in working with organizations worldwide, and their passion for teaching to educate leaders who make a difference in the world, shaping the practice of business and entrepreneurship around the globe. 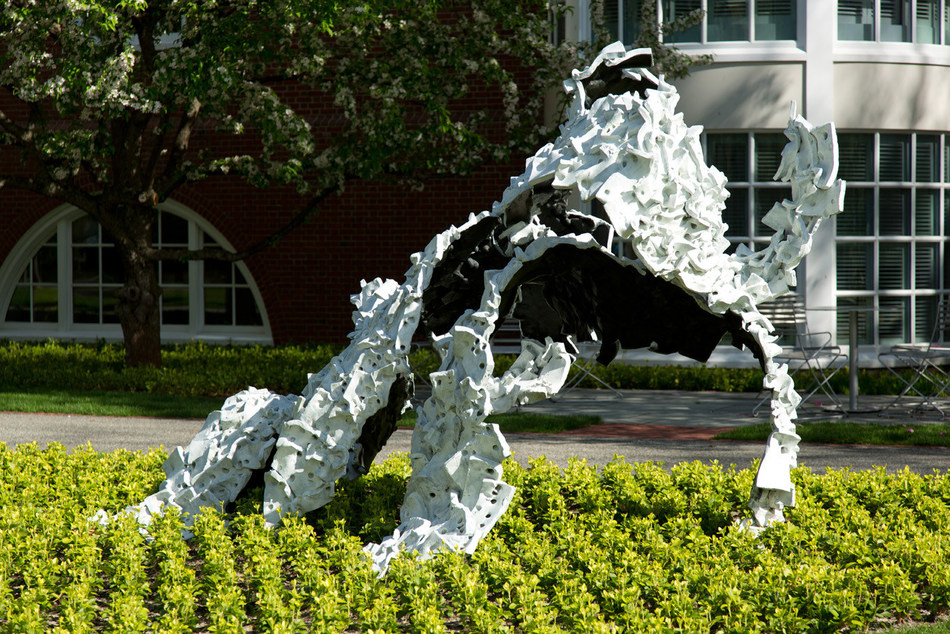 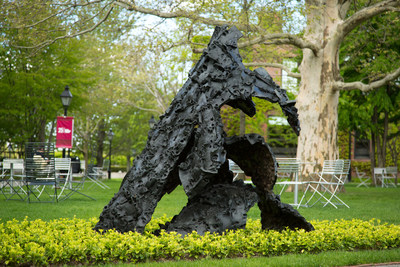 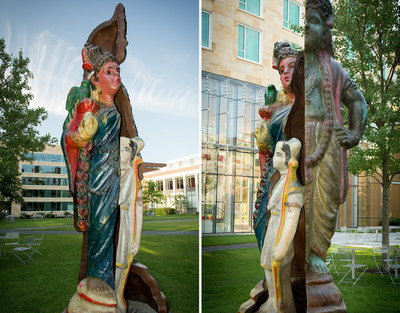