MIAMI, Sept. 5, 2019 /PRNewswire/ — As recently reported by Forbes, members of the family who co-founded longstanding firearm manufacturer Sturm, Ruger & Company, Inc. will be selling two properties this weekend via luxury auction. While each property previously had a multimillion-dollar price tag, both will now be sold to the highest bidder without reserve – meaning the highest bid for each home will prevail. The larger of the two estates is located in the ritzy town of Bar Harbor, Maine and was originally asking $15.5 million. The other property, a 110-acre country estate in Newport, New Hampshire, was asking as much as $3.75 million. The sales are scheduled to be held on the Bar Harbor property site this Saturday, September 7th. The Ruger family retained Miami-based Platinum Luxury Auctions to manage the sales in cooperation with the properties’ respective listing brokerages.

Both properties were owned by the late William B. Ruger, Jr., son of William B. Ruger, who cofounded the now-publicly-traded firearms giant with Alexander McCormick Sturm in 1949. The company now employs nearly 2,000 people and has a market cap of almost $750 million. After passing away in late 2018, Ruger left the properties to his family members, who elected the auction route and hired Platinum after the properties failed to find a buyer while listed with their local market Realtors.

According to Trayor Lesnock, Platinum’s president and founder, the simultaneous sale of multiple properties for one seller has historically been a very rare occurrence in the world of non-distressed, luxury real estate auctions, but that may be changing. “This is our third situation within the past 10 months wherein we have handled multiple properties for one seller,” Lesnock said. “Perhaps not surprisingly, each of these sellers falls within the ultra-high-net-worth category, and they are utilizing the luxury auction process to reallocate their capital away from what are often stagnant or non-performing real estate assets that no longer provide them with a high degree of utility.”

To be sure, in January of this year Platinum sold 4 luxury properties – each located in a different state – within 36 hours for one wealthy couple. In addition to the Ruger properties, the firm just sold on August 30th one of two properties owned by William D. Zollars, the former CEO of the publicly-traded shipping conglomerate YRC Freight, Inc. (Zollars’s other property, located in Leawood, KS, is slated for auction with Platinum on Sept 14th).

The Ruger’s estate in Maine, known as East of Eden, is an historic, Mediterranean Revival mansion originally built in 1907. The 15,000-sf home has been lovingly restored and upgraded throughout the years, and sits on 9 waterfront acres with 1,100 ft of frontage on Bar Harbor’s Frenchman Bay. The 8-bedroom, 9-full-and-3-half-bath estate also includes a drive-through, 8-10 car garage house, multiple storage outbuildings and an illuminated dock able to accommodate large yachts and sailboats. Originally asking $15.5 million, the property was reduced to a listing price of $12.5 million before heading to luxury auction.

The family’s other auction property is nestled on 110 private acres in Newport, New Hampshire. Another historic home (circa 1880) that has been extensively renovated and upgraded throughout the years, it was known as Ruger, Jr.’s primary home – a place where he would unwind or tinker with a myriad number of projects in his spare time, according to Ashcroft. “He created a large office and workshop for his projects, in addition to a really spectacular gallery hall for displaying various items and works of art,” he added.

The property features a 4-bedroom main residence of nearly 7,500 sf, in addition to a separate guesthouse (also with 4 beds), a tri-level barn, heated workshop, additional workshop and a gentlemen’s study. The multi-structure compound is within close proximity to the secretive Corbin Park, aka the Blue Mountain Forest Association. The 25,000-acre park is known as home to the “Millionaire’s Hunt Club,” as it has long served as an ultra-private, hunting/sporting destination for a select few members (whose membership has been estimated at +/- 30).

Interestingly, the Ruger’s Newport property was once owned by Austin Corbin, for whom the park is named. Corbin’s childhood home originally occupied the site. Once his parents passed, Corbin – a multimillionaire industrial baron of his era – tore down the family home, leaving only his childhood bedroom. He then built the new estate around the singular room.

Complete information on both properties is located online at BarHarborLuxuryAuction.com and NewportLuxuryAuction.com, respectively. Platinum’s offices can be reached at 800.262.5132. Previews are being held for each property on a daily basis, through and until the auction date. Interested bidders must formally register to participate in the sale, and are encouraged to contact Platinum for registration details.

About Platinum Luxury Auctions
Platinum Luxury Auctions is responsible for developing the luxury auction® model for high-priced real estate auctions and owns the trademark rights to the term “luxury auction.” The firm specializes in the non-distressed sale of multimillion-dollar properties within and beyond the United States. Platinum’s team has closed more than $882 million in luxury real estate auction sales to date, while consulting on more than $2.5 billion in additional luxury properties worldwide. 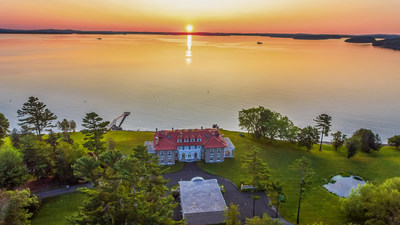 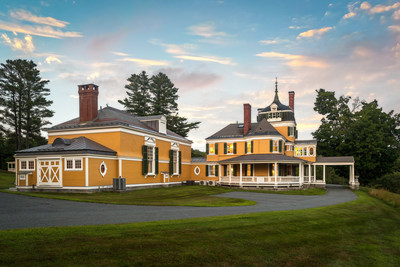